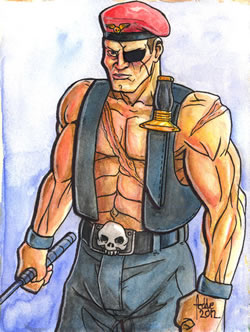 FFT boss and the final one, but still there’s no bio for him.

Final Fight Tough: Black is the leader of the Skull Cross Gang. For some
reason, he’s in jail, though a riot staged by Dave caused a distraction
that allowed his gang to break him out of jail. Things finally come to a
showdown with Haggar and co on top of Metro City’s tallest building when
Black greets them by leaping onto the roof from his helicopter to confront
them. However, he eventually got knocked into a (really randomly placed)
high voltage electrical power generator, promptly resulting in him getting
electrocuted then said generator exploding, taking the entire top area of
the building with it. Haggar and his friends escaped, most likely by
stealing Black’s helicopter. [from the game]

Where he is now: Well, being electrocuted then blown up usually tends to
make one lose that little thing we like to call “life”, so…

Lots of similarities to Rolento. Like Rolento, he has a helicopter,
he’s an army guy, and also has knives plus a baton as well. Unlike Rolento,
he gets electrocuted after the fight with him, but like Rolento, he gets blown
up (albeit not by grenades, unlike Rolento). Rolento, however, is still alive
and kicking, unlike Black. Sucks (or rather, sucked) to be him. 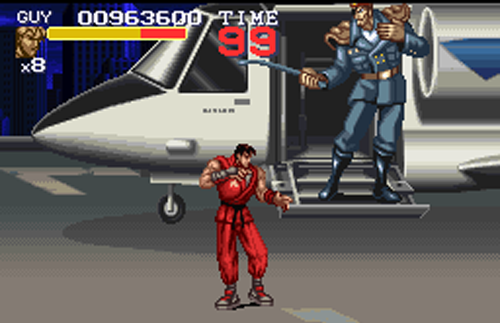